You are here: Home

Thats The Way I Do it 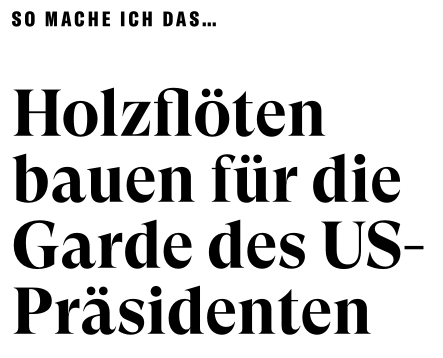 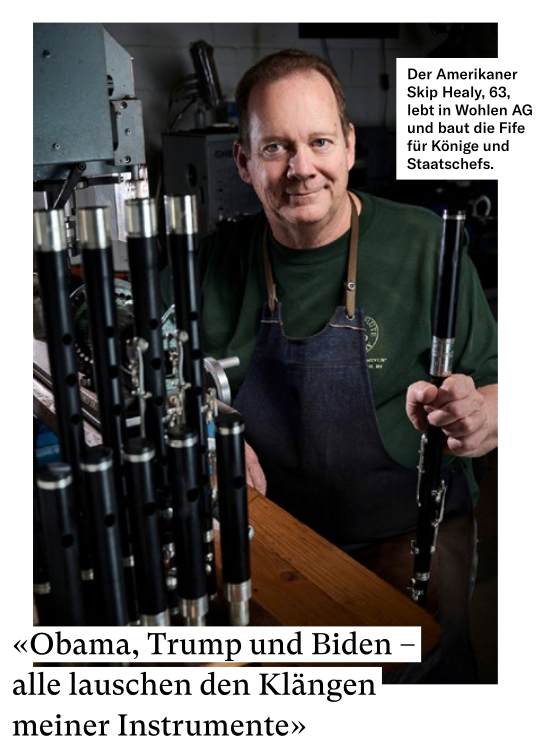 I can tell by the smell of the wood on the lathe when I have a good piece of wood. If the wood smells like coconut while turning, it is too dry. If, on the other hand, it has the perfect moisture and the right amount of oil, it smells like dark chocolate.

Please do not speak to me in High German. I prefer the Swiss German dialects or English. I understand "Schwiizerdütsch" well - and speak it in my own way. I call it "Skippy deutsch". My name is Skip, I come from Rhode Island in the northeastern United States and I grew up by the sea. My ancestors were fishermen, and I also went out to sea until I was 17. After that I became a professional flute player and maker.

My name is actually: Bradford Brendan Barlow Benson Skipper Healy. But everyone just says Skip. My ancestors come from England/Ireland and were among the first to settle. We believe one side sailed to the USA in 1620 on board the famous "Mayflower". But I also have Indian blood in me as my Great Grandfather was 100% "Gayhead Pequod" from Martha's Vineyard in Massachusetts.

At eight I began to play the fife, a type of flute that is smaller than the transverse flute, larger than a piccolo. As I got older and played better and better I started getting hired as a musician. Later I taught and gave concerts halfway around the world. In 1982 I came to Basel, Switzerland for the first time on a tour. I was immediately drawn to the city with all of the carnival cliques and their piccolo playing ... great. I came over for 2 weeks but stayed here for three months.

In 1992 I founded the Healy Flute Company, began making flutes - and "reinvented" the Fife. Mine has a special bore design and therefore a different sound. Every note sounds equally loud, and when people play trios and quartets, it “sounds like an organ”, something that never happened before. That is probably why The Old Guard took notice of me. This is the US Presidential Honor Guard, which plays at hundreds of official appearances and receptions every year. My fifes were used for the first time at Obama's inauguration, then for Trump and finally, in January 2021, for Joe Biden. That half the world hears the sound of the "Healy Fife" makes me incredibly proud.

Meanwhile I also supply instruments to the Honor Guard of the Danish Royal family and in the USA those of the Army, Air Force, Navy and the Coast Guard musical units. They are also widely played in the American fife and Drum Corps culture and in 18 other countries around the world.

Why did I stay in Switzerland and now live in Wohlen in Aargau? Love …

For my fifes I use grenadilla wood from Tanzania, I have also used cherry wood from my father-in-law's land. A Fife requires 172 work steps and costs 600.00 to 700.00 (or more) francs. Everything is handmade.

I am now a dual citizen. Sometimes I miss the scent of the Atlantic and the song of the waves. When homesickness grips me too tightly, I go fishing with my beautiful six-year-old daughter Abbygail and think of days spent on the water growing up back in Rhode Island.